Before you all tell me how sexy I am in this painting created for this year’s NoirCon, give me a chance to explain how I feel about it. 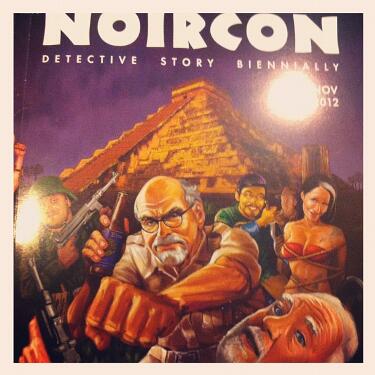 Here’s the email I sent to Lou Boxer, the organizer.

I just saw the cover of the NoirCon catalog posted on twitter and am really upset. While I’m a huge fan of vintage pulp art and totally understand what you were going for in that painting, I’m hurt and offended to be portrayed as a half-naked damsel in distress. I try so hard to be taken seriously as a writer and to break out of the sexist mindset in which women are viewed as nothing but vixens and victims. I feel like that cover undermines everything I represent as a writer and a person.

To Lou’s credit, he got on the phone and called me right away, with the artist on the line. They apologized to me and told me that they never meant to offend me. The artist then went on to explain his intention, that it was meant to be ironic and that portraying me tied up and helpless was funny because it’s the opposite of how I really am.

While I appreciate the apology and the effort to communicate instead of hiding from conflict, I just don’t think that an image like this, ironic or not, is the kind of thing we need any more of in our genre.

So, Faustketeers, what’s your take? Do you think this painting is funny and ironic? Or does it reinforce the sexist stereotypes female writers have been up against for years?

Edited to add: This image is on a program book that has already been distributed to con attendees for an event this weekend, so there's no way to nix, pull or change it. In fact I didn't even know about it until an attendee posted a photo on twitter, which is a major part of my beef as well.

Edited again to add: In the interest of fairness, I have been asked to post the back cover of the book. (Sorry for the blurry photo quality.) It depicts other women, so I'm not the only female, but I am the only one who is overtly sexualized and portrayed as a victim. That's Megan Abbott and a female DJ behind Reed Coleman and SJ Rozan holding the arm of Nazi Ken Bruen. And, as far as Reed and some of the other men being nearly naked too, as I stated in the comments, a straight man portraying another straight man half naked and/or victimized as a joke is not as creepy as a straight man portraying a woman half naked and victimized as a joke. Especially when the woman in question is not in on the joke. 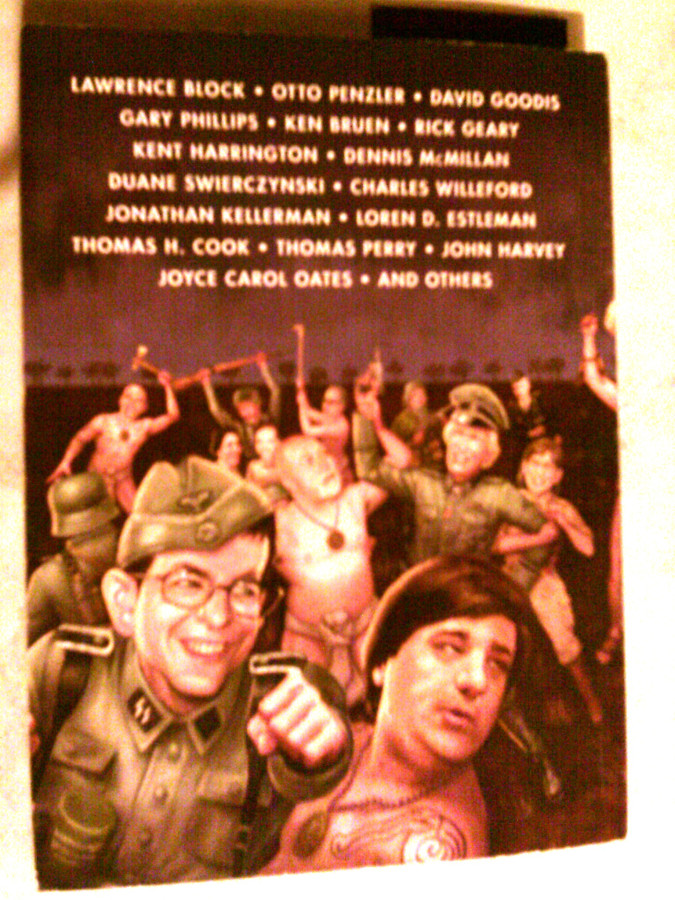